Electrical enclosure rating is a standard system defining types and environments, which these components can be used.

For a long time, electrical enclosures have become integral part of everyday life.

However, it is imperative for customers to get safety products since electricity at any amperage can be harmful and disastrous.

This guide will discuss various electrical enclosure ratings and other elements to understand the best rating your application requires.

Determining the specific rating for your electrical enclosure is quite fundamental.

Here are the main reasons why this equipment’s rating is significant;

This is Ingress Progression (IP) rating that applies to commercial electrical enclosure products.

It also applies to the ability of such products to inhibit the environment from interfering with the product’s operation.

The aim of this rating is to provide end-users with more comprehensive information rather than vague marketing gimmicks such as waterproof.

Additionally, this rating is published by the International Electrotechnical Commission (IEC), which is equivalent to British standard EN 60529.

This rating was updated in 2013 to include the IPX9 water ingress test.

Here is a useful link on IP Rated Electrical Enclosure.

RoHS is an abbreviation for Restriction of Hazardous Substances.

This standard regulates use of hazardous substances used in electrical enclosures and its accessories.

It is a fundamental rating since it seeks to limit the level of hazardous substances, which end in the environment and landfills.

A portable RoHS analyzer is often used in carrying out RoHS compliance tests.

However, an extraction solvent, which incorporates gas chromatography analysis is needed for testing the four restricted phthalates.

In Europe, all electrical enclosures must pass RoHS inspection, although each EU member state implements the directive independently.

Similarly, many Asian countries like China, Japan, and South Korea among others, also implement their respective RoHS-like regulations.

Certification of RoHS is usually valid for five years, but early re-certification may be needed if the product undergoes major design and raw materials changes.

Besides, this directive also applies to electrical enclosures and related products designed or manufactured to be sold in EEA.

UL, an abbreviation for Underwriters Laboratory, is a US-based international safety Certification Company.

It is approved by OSHA to conduct safety testing through definite Nationally Recognized Testing Laboratories.

Thus, any electrical product cannot be sold in the European market without a CE symbol.

In this case, the mark indicates the electrical enclosure attains the minimum requirements of relevant European product directives.

It also asserts that the enclosure fulfills all the conditions of relevant acknowledged European harmonized performance and safety requirements.

Furthermore, the mark shows the enclosure is ideal for its intended purpose; hence cannot endanger lives or property.

Also, the presence of this symbol on a product indicates correct technical documentation anchoring the use of the mark.

As such, the manufacturer, importer, or any person responsible for placing it can provide the documentation upon request on EU market. 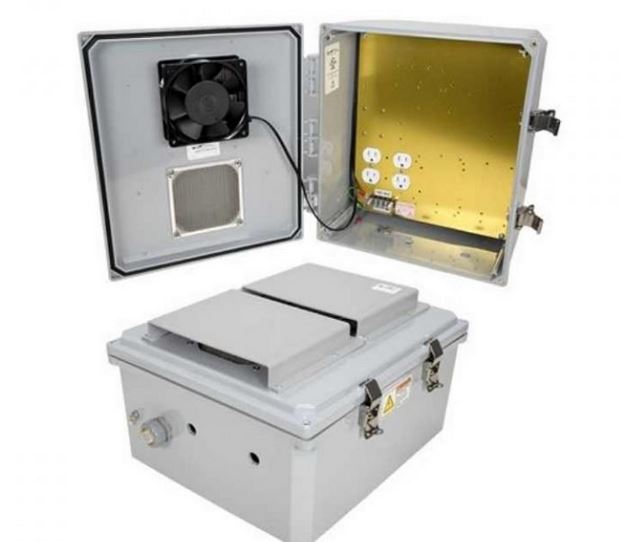 NEMA is an acronym of National Electrical Manufacturers Association.

It is an agency created to form the technical standards for making various electrical and medical imaging devices.

Ordinarily, the role of NEMA is to define and publish electrical enclosure standards.

In other words, it means this agency hardly tests these electrical products, nor is it allied to testing laboratories.

But it sets industry standards for safety, environment, interoperability, innovation, and market improvement in the industry.

Compliance with NEMA directives among manufacturers is entirely voluntary.

Some manufacturers prefer to self-declare their compliance, whereas others consider third-party testing and certification.

But it is always imperative to know the existing differences in NEMA ratings to enable you to select the most suitable enclosure for your application.

You can learn more about NEMA Rated Electrical Enclosures.

IP stands for International Protection but is mostly interpreted as Ingress Progression since it’s a rating system denoting protection level from ingress of dust and water.

Notably, both NEMA and IP ratings define protection levels against compounds like moisture and dust.

However, they use varying test methods and parameters to outline their electrical enclosure types.

On the other hand, you can use IP ratings for different electrical devices.

For instance, in IP66, the first 6 implies the enclosure is protected from dust entirely.

The second number denotes water level ingress protection, and in this case, 6 indicates the enclosure is protected against heavy water jet spray.

Even so, there is no direct conversion between NEMA ratings and IP ratings.

But the protection level they both offer is comparable.

These are electrical enclosures designed for general purposes.

Mostly, they are intended for indoor use essentially to provide a level of protection against contact with enclosed devices in areas with rare, unusual service conditions.

Like Type 1, these are also suited for indoor use only.

They provide best protection against falling dirt and water.

Electrical enclosures with this rating are designed for outdoor use to protect against dust, water, and sleet.

Also, they provide protection against damage due to ice formation on the electrical enclosure.

These are weather-resistant enclosures designed to offer a degree of protection against sleet and rain and sleet.

When ice forms on the external surface of 3S rated enclosures, all the external appliances remain functional.

It is often attained by molding the electrical enclosure from plastic and using stainless steel components for the latch and hinges.

Hence, enclosures with such NEMA ratings are mostly suitable for wet and salty areas where corrosion is quite common.

It is more or less similar to NEMA 3 rating only that it enhances protection against hose-directed water.

Testing for this particular NEMA rating involves spraying the enclosure with water using a one inch-hose at a rate of 65 gallons per minute.

Thus, enclosures with this NEMA rating are ideal for pressurized water stream applications.

Most NEMA 4X electrical enclosures are made from different materials such as fiberglass, aluminum, polycarbonate, and stainless steel.

They are suitable in harsh environments, particularly where corrosive substances and caustic cleaners are commonly used.

The design of enclosures with NEMA 5 rating is for indoor use mainly to provide degree of protection against falling dirt and settling airborne dust.

These enclosures are intended for indoor or outdoor applications majorly to offer degree of protection against water entry during occasional or momentary submersion at a limited depth.

Similar to type 6 enclosures, only that these are designed to protect water entry in prolonged submersion at a limited depth.

The design of these enclosures is for indoor use to provide protection against dripping non-corrosive liquids, falling dirt, and drips.

They feature gasketed doors that seal the enclosure’s content from non-pressurized water and oil and contents from airborne contaminants.

These enclosures are designed for indoor use to provide degree of protection against oil, spraying of water, non-corrosive coolant, and dust.

It is vital for the electrical enclosure you intend to purchase to have a clear and easy-to-find coding in the manufacturer’s website and literature.

If you are unsure or have concerns about enclosure ratings, never assume it will meet your required codes.

In some instances, IP code could be relative to NEMA code, but you must never assume.

When a specific code is needed to meet standards, ensure you use an authentic and correct enclosure that is within its grouping.

The most appropriate method of establishing enclosure rating compliance is always looking for UL certification.

Hence, paying attention to requirements and capabilities of your project makes it easy for you to obtain the best enclosure for reliability and safety.

For all your high quality and electrical enclosures, contact us now.